The try-runtime tool is built to query a snapshot of runtime storage, using an in-memory- externalities to store state. In this way, it enables runtime engineers to write tests for a specified runtime state, for testing against real chain state before going to production. It is designed to be used as a command line interface to specify at which block to query state.

In its simplest form, try-runtime is a tool that enables:

The try-runtime tool has its own implementation of externalities called remote_externalities which is just a builder wrapper around TestExternalities that uses a generic key-value store where data is SCALE encoded.

The diagram below illustrates the way externalities sits outside a compiled runtime as a means to capture the storage of that runtime. 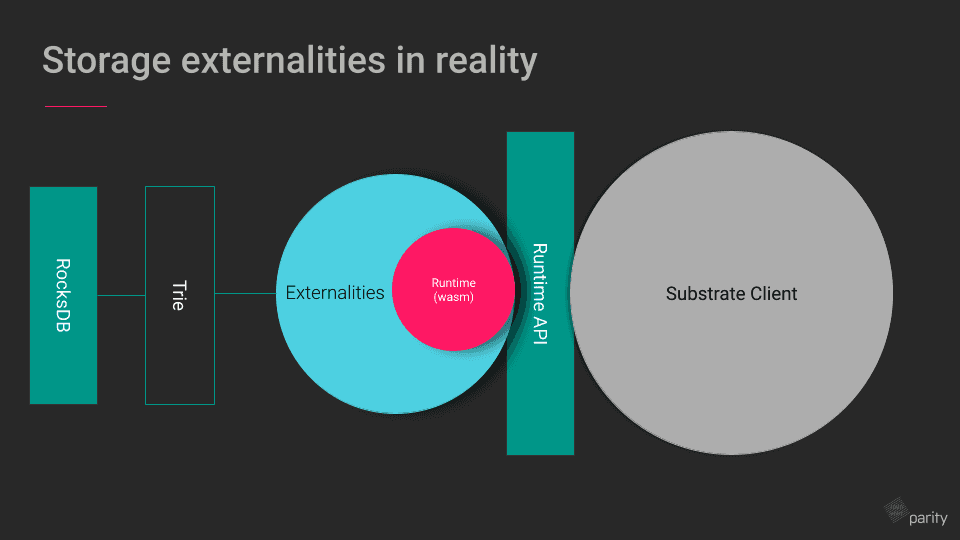 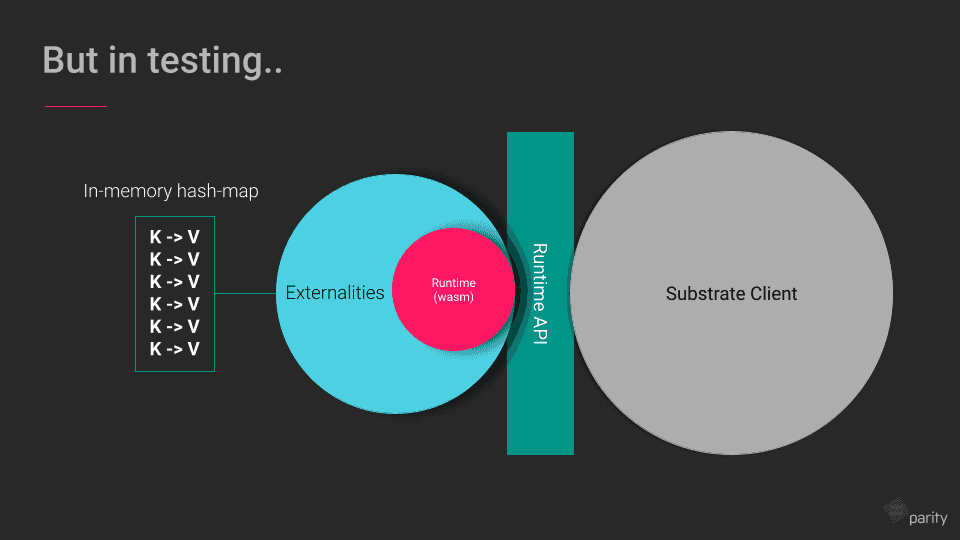 With remote_externalities, developers can capture some chain state and run tests on it. Essentially, RemoteExternalities will populate a TestExternalities with a real chain's data.

In order to query state, try-runtime makes use of Substrate's RPCs, namely StateApi. In particular:

The most common use case for try-runtime is with storage migrations and runtime upgrades.

There are a number of flags that need to be preferably set on a running node in order to work well with try-runtime’s expensive RPC queries, namely:

Calling into hooks from OnRuntimeUpgrade

By default, there are two ways of defining a runtime upgrade in the runtime. The OnRuntimeUpgrade trait provides the different methods to achieve this.

These hooks will specify what should happen upon a runtime upgrade. For testing purposes, we prefer having hooks that allow us to inspect the state before and after a runtime upgrade as well.

These hooks are not available by default, and are only available under a specific feature flag, named try-runtime.

The new hooks are as follows:

OnRuntimeUpgradeHelpersExt are a set of helper functions made available from frame_support::hooks in order to use try-runtime for testing storage migrations. These include:

Using the frame_executive::Executive struct, these helper functions in action would look like:

To use try-runtime from the command line, run your node with the --features=try-runtime flag.

For example, running try-runtime with the "on-runtime-upgrade" subcommand on a chain running locally:

Using it to re-execute code from a ElectionProviderMultiPhase off-chain worker on localhost:9944:

You can pass in the --help flag after each subcommand to see the command's different options.

Run the migrations of the local runtime on the state of SomeChain, for example:

Running it at a specific block number's state:

Last edit: on
Run into problems?
Let us Know
ON THIS PAGE
Motivation
How it works
Usage
Next steps
Examples