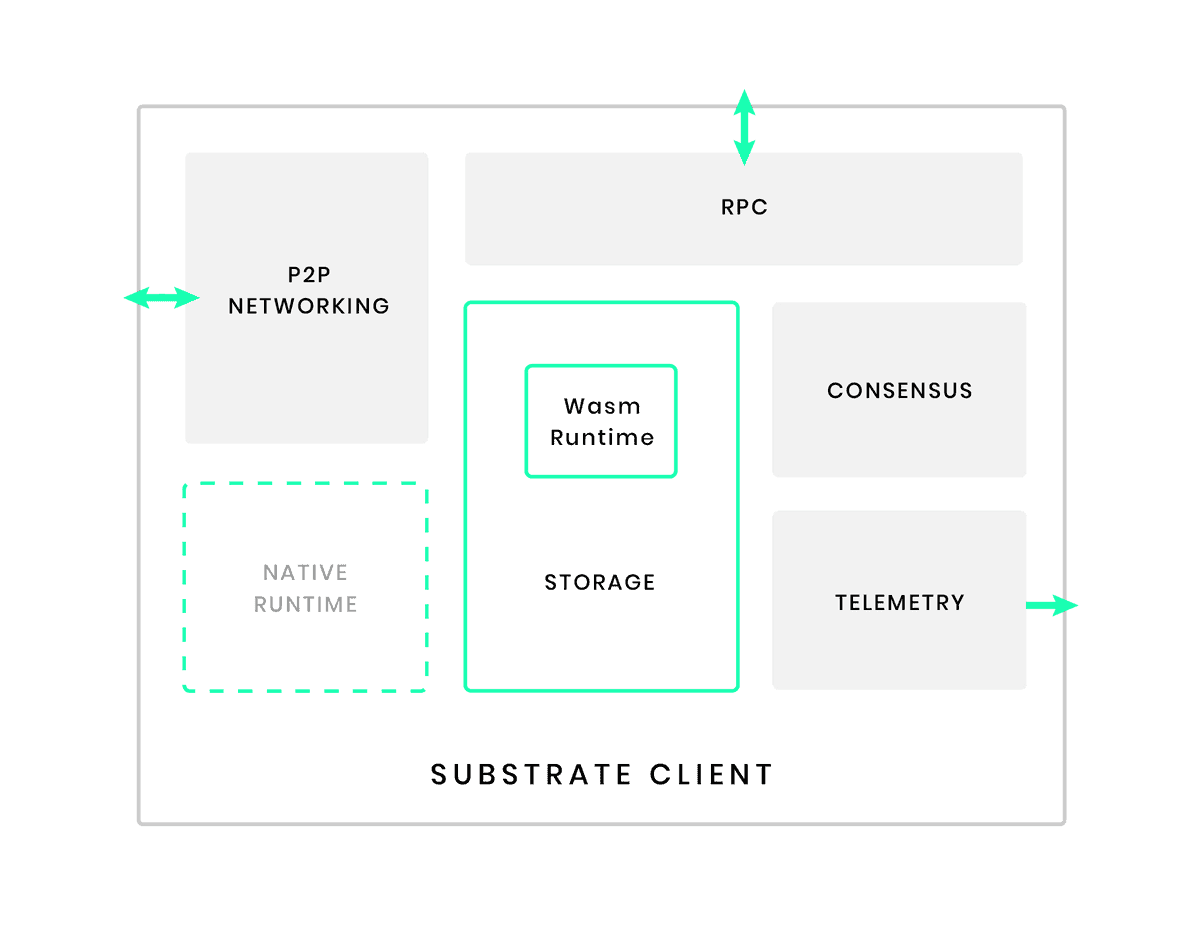 The Substrate client is an application that runs a Substrate-based blockchain node. It consists of several components that include, but are not limited to, the following:

Last edit: on
Run into problems?
Let us Know